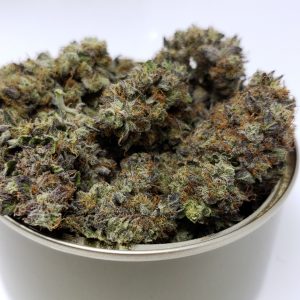 First bred by Grandiflora Genetics, Project 4516 is an Indica-leaning cannabis strain resulting from a cross of Gelato 45 and Platinum Puff.
Those who are lucky enough to get their hands on a package of this strain describe Project 4516 as uplifting their mood, reducing negative thoughts, and easing their mind of stress and anxiety. Some suggested Project 4516 as ideal for pain relief and inflammation. Relaxation can be felt throughout the body, as described by some, making them recommend this strain after a long workday or a hard gym session. Couch lock can be an issue when over-consumed, but many noted heavy sedation to occur as the Project 4516 high starts to wear down.
When you open up a package of Project 4516, its funky scent of flowers and earth, mixed with sweet candy and fruit can lure you in. When combusted, its flavor turns acidic, producing a harsh smoke heavily mixed with fuel and cleaner. Prevalent terpenes, that contribute to its scent and taste, are Beta-Caryophyllene, Limonene, and Linalool.
When you take a look at Project 4516, you’ll notice that its purple and green buds are round and dense, hinting at its Indica lineage. Fuzzy, white trichomes and amber pistils cement these buds together, making them difficult to break apart by hand. The use of a grinder is recommended to preserve its trichome and keif content.
THC levels can vary depending on cultivation and cultivation techniques used, with most tests coming in the low to mid twenties, with our particular batch testing at 24%. 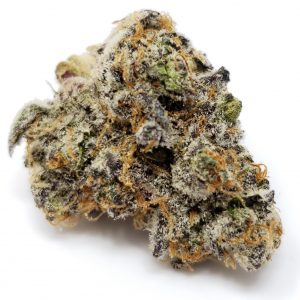 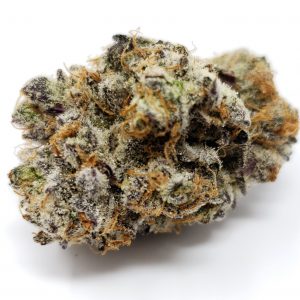 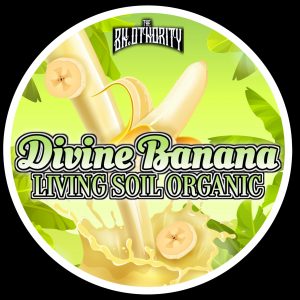 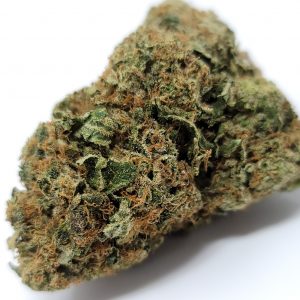 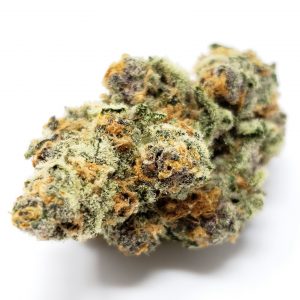 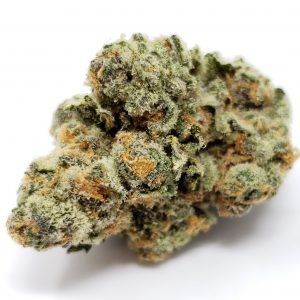 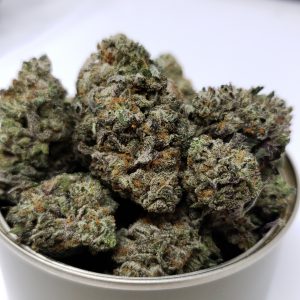 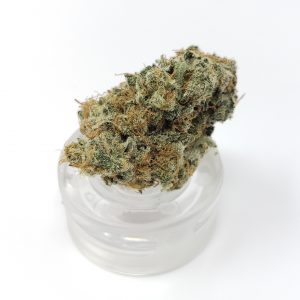 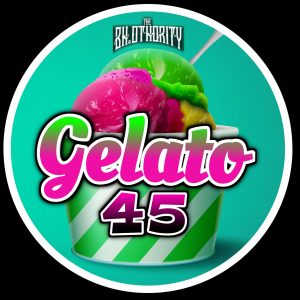 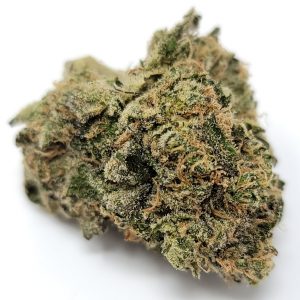 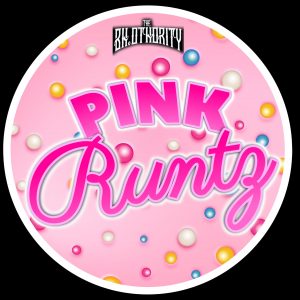 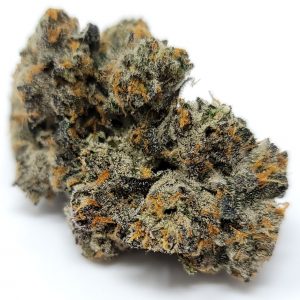 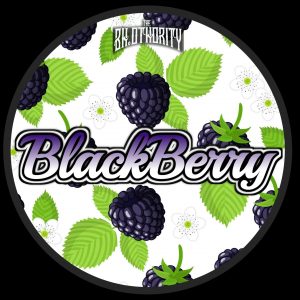